On Phonegap and mobile development

PhoneGap is a small JavaScript framework with big promises: it's promising easy development of cross-platform mobile apps - write your application once in combination of HTML, CSS and JavaScript, then publish it on Android Market, Apple AppStore and Nokia OviStore. It's goal is to expose platform-specific device capabilities in such a way, that you can run the application on all devices without any special per-platform customization.

If you are a mobile development and have started chuckling when reading the first paragraph: you were largely right. PhoneGap, despite the teams ambition, simply fails to deliver and is largely useless for mobile development.

But before the criticism, let's see what PhoneGap actually does right:

However, the list of things that make PhoneGap mostly useless is sadly a lot bigger:

We decided to use PhoneGap when starting to develop Prevoz.org Nokia application for Nokia Application Academy, since it promised rapid prototype development and deployment, which could later be changed to native implementation when enough users would adopt it. However, it has proven to be completely unusable and as a warning to all other developers:

One rewrite and a lot of wasted time later, the application was developed in native Nokia WRT library with WRTKit widget framework: 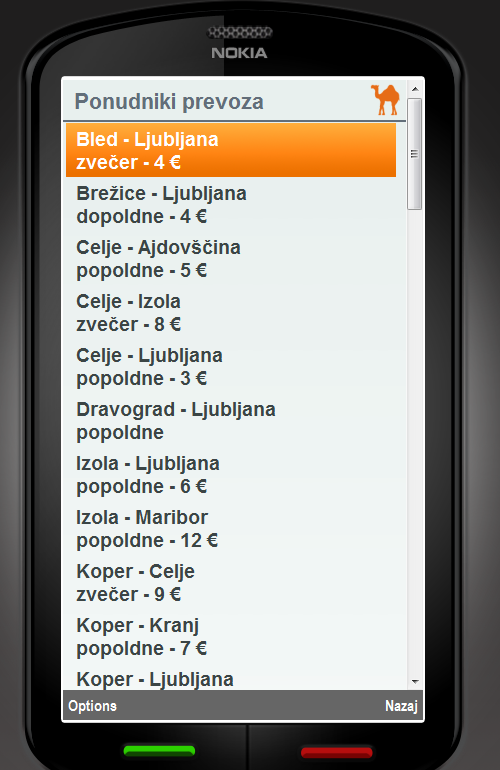